Back to Blog Posts
Next

During the day, Lone Fir Cemetery is stunning, with cozy fir trees and manicured landscaping. The oldest gravestone is dated at 1846, and since then over 25,000 people have been laid to rest on the property. In fact, it’s the final resting place of Portland’s famous James C. Hawthorne, who founded the first mental institution in Oregon and is the namesake of Hawthorne Blvd.
The most common hauntings include a woman screaming, unexplained noises, and eerie voices echoing from every direction as you walk through the property. Who is the mysterious woman crying out at night? It could be Anne Jeanne Tingery-LeCoz. The Oregonian reports her death on December 22nd, 1885, recalling the night to be “raining and dreadfully cold”. After police found her body, Anne’s close friend and roommate told police that around 11:00 pm that night she heard a man’s laughter followed by Anne’s screams coming from Anne’s bedroom. None of Anne’s valuables were stolen and her death was ruled a crime of passion, yet the killer was never found. Visit Portland Ghosts’ website for the extra spooky details!
Maybe Anne roams her final resting place, searching for her killer and yearning for justice. That doesn’t sound like a place we would want to be at night!

Built in 1927, the Heathman is one of Portland’s oldest and longest standing hotels! It was built to reflect the social status of Portland’s wealthiest members of the era. Guests who stay in rooms ending in the number 3 report bizarre and unexplained noises, even when they are alone in their rooms. Eek!
How brave are you? Would you stay in the most haunted room at the Heathman Hotel overnight? Legends have it that someone jumped from Room 703’s balcony and fell to their death on the street below. Now, in Room 703, guests experience their belongings being thrown across the room, and the TV mysteriously turning off and on.. One guest reports checking into this hotel room and finding her clean bath towels on the floor. After complaining to the front desk, her towels were promptly replaced. Hours later, knowing no one else had entered her room, she found the newly-replaced towels scattered on the floor again.
That’s a seriously annoying poltergeist!
﻿ ﻿

A local favorite pizza joint opened in 1974! How can anything so delicious be so scary?
Well.. the pizza joint operates out of the historic Merchant Hotel, opened in the late 1800s. Through the years, the hotel was home to countless businesses before Old Town Pizza opened its doors. Visitors report smelling a woman’s perfume as if an invisible person is passing by and occasionally feel a tap on their shoulder. The woman is thought to be named Nina — a woman who was found mysteriously dead in the hotel basement, at the bottom of the elevator shaft. No one knows exactly what happened to her and all that remains is a brick at the elevator shaft base, engraved with her name. Creeeepy.
﻿ ﻿
﻿ ﻿

Patrik’s personal favorite haunted location! Located in Boise-Eliot, the saloon dates back to 1905, but the business kicked into full gear during Portland’s 1900s industry boom. Sailors who were docked overnight would wreak havoc in the saloon, giving the bar a reputation for chaos and tomfoolery. Today, employees and patrons report daily haunted experiences, especially in the basement. Take a trip to the White Eagle and you might hear voices or be nudged by a ghost!
The most active ghost at the White Eagle is a woman named Rose. She was involved in a forbidden love triangle with a married sailor, who would visit her at the saloon while his ship was docked on the waterfront. While the sailor was on a long voyage, Rose was mysteriously murdered. It is said she roams the saloon, weeping and waiting to be reunited with her lover.
If you are dressing up as Popeye for Halloween this year, you may want to steer clear of the White Eagle Saloon...
﻿ ﻿

Before we were stamping our McMenamins Passports, drinking craft beers, and finding secret passageways, McMenamins Edgefield was Portland’s first “poor house”, serving the city’s impoverished. Due to rapidly spreading illness and lack of proper nutrition, death was not uncommon on the property. Many members were buried in unmarked graves across the property. Today, hotel guests commonly hear crying and disembodied voices coming from within their rooms. And get this… a transparent woman dressed in white is sometimes seen running through the fields, outside the hotel.
One not-so-spooky ghost reportedly helps you feel at ease in your hotel room. Guests report hearing a woman softly singing nursery rhymes, as if cooing her baby to sleep. Although that may seem creepy beyond belief, guests say they feel soothed and completely at ease.
﻿   ﻿
﻿ ﻿

If you haven’t had your fill, check out this list of EVEN MORE haunted PDX locations:

Now, we have homework for you all. We’re inviting you to take a haunted Portland tour of these locations and report back. Leave your experiences in the comments HERE. We’re looking forward to being thoroughly creeped out by your stories! 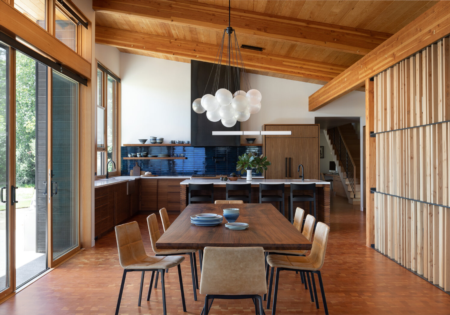 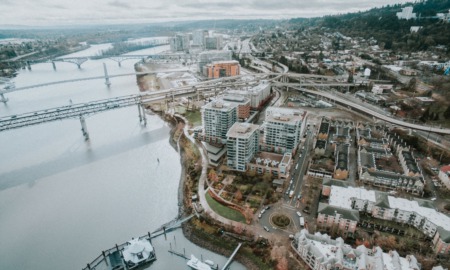 Op Ed: Is The Real Estate Market Due For Another Crash?

OpEd: Is The Real Estate Market Due For Another Crash? We get asked all the time about the state of the real estate market and whether a housing ...Read More 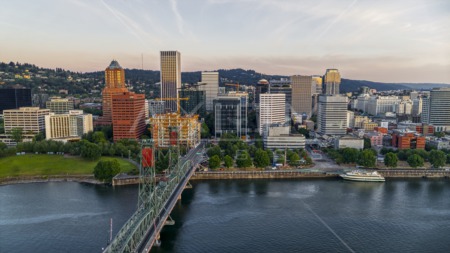 The Top 5 Feeder Cities to Portland

Portland’s population is still growing and to no one’s surprise! We are proud of our city’s eccentric vibes, epic eats, reverence ...Read More

Contact Me
Questions? I'm Here to Help
Recently From Our Blog